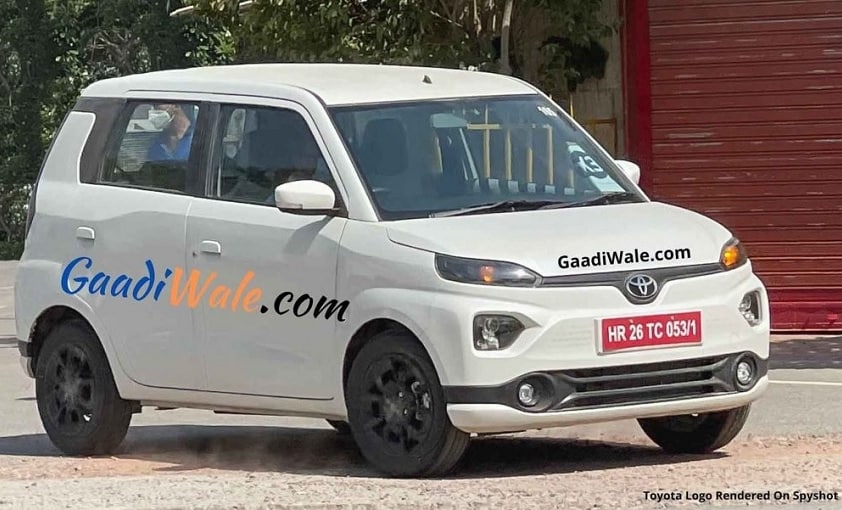 The test mule of the Wagon R based Toyota hatchback is seen without an exhaust system, and the styling up front is also in line with the design characteristics of an electric vehicle, like – no radiator grille, and minimal air intakes.

It was just recently that we shared spy photos of a Maruti Suzuki Wagon R-based Toyota hatchback, which was undergoing testing in Gurugram. Now new, more clear images of the car have surfaced online, which hint at the possibility of this one being an electric vehicle. Well, the test mule is seen without an exhaust system, and the styling up front is also in line with the design characteristics of an electric vehicle, like – no radiator grille, and minimal air intakes. However we must mention that the Toyota logo up front has been digitally added by the source of the spy image. This would make it the first electric car to be launched by Toyota in India.

Now even though the aforementioned visual elements were not very clearly visible in the previous spy images, the YouTuber who posted the spy video claimed that he could hear engine noise coming out of the car. Now while the test mules themselves are two different cars, it’s too premature to assume that the company might be working on both, an Internal combustion engine (ICE) version and an electric version of the car. Also, there is a possibility that the enthusiast who spotted the earlier test mule could have been wrong. 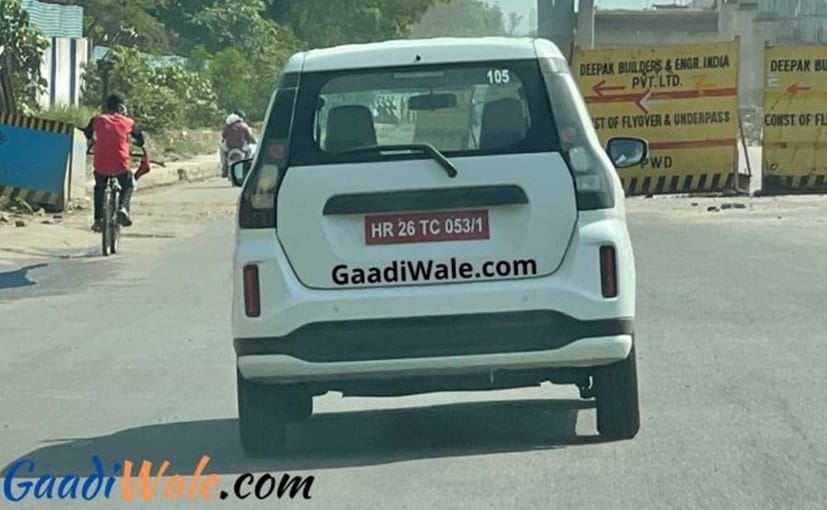 Now, if you remember, back in 2018, Maruti Suzuki India had begun testing 50 prototype models of the electric Wagon R, which was based on the global spec model. Those electric vehicles were powered by a 72 V electric motor connected to a 10-25 kWh lithium-ion battery pack. So, it’s possible this new test mule could be using the same electric powertrain.

Visually, the car gets an all-new face featuring a split lighting setup with the main headlamp unit positioned below closer to the bumper, and the new sleek indicators flanking the new slim black insert, which has been positioned in place of the grille. The car is also seen with updated front and rear bumpers which now come with a black middle section giving them a two-piece look. Upfront, you also get new foglamps, while at the rear we get to see a bunch of black styling elements, dark-tinted taillights, and new vertically mounted reflectors in a muscular housing. Also, unlike Maruti Suzuki‘s Wagon R, which comes with steel wheels and a hubcap, this Toyota badged model gets alloy wheels. In fact, this would be the first Toyota badged Maruti product to get this level of visual updates.