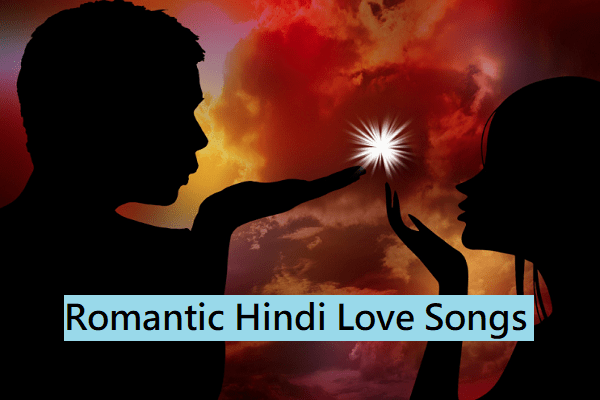 Romance is perhaps the best form of expression that you can show towards your partner or lover. Bollywood never failed to impress us with the wide array of love songs to which many Bollywood actors have dedicated their career to evoke romance on-screen.

There are too many actors who have showcased different forms of love through romantic renditions. Let’s take a look at the top 20 romantic love songs.

This song has the potential to top the list. As soon as the remake of Aashiqui was released in the industry, this love song, ‘Tum Hi Ho’ became an overnight hit. Released in the year 2013, it has got a lovable melody to it. Sung by Arijit Singh and composed by Mithoon, this was a massive hit.

If you had to remember one of the most romantic songs that have been ever sung, this would be one. It is from the movie Hum Dono released in 1961 and it starred Sadhana and Dev Anand. Mohammad Rafi and Asha Bhosle sang this song.

This is a partly modern song from the superhit movie Rockstar released in 2011. This was a chartbuster song as well as one of the most romantic songs of 2011. The movie had Ranbir Kapoor and Nargis Fakhri in it.

This pretty romantic love song is from the movie Roja that dates back to 1992. This song was sung by S.P Balasubrahmanyam who did justice to the extremely soul-stirring lyrics.

This song has been composed by the stellar A. R Rahman and it starred Arvind Swamy and Madhoo.

This romantic song is from the film Padosan that was released in 1968 and it had Sunil Dutt, Kishore Kumar and Saira Banu in it. Padosan was a comedy film directed by Jyoti Swaroop and produced by Mehmood. It is also a remake of a Bengali film. Kishore Kumar sang this song.

This is also considered as one of the most romantic songs that have been made till date. It is from the movie Rehena Hai Tere Dil Mein, released in 2001, starring R. Madhavan and Dia Mirza.

The lyrics of this song were written by Sameer and the song was composed by Harris Jayaraj. This film was a romantic drama that was a super romantic one.

Regardless of whether you’re a romantic at heart, you’ll love the tune and melody of Pehla Nasha. This was the first ever song that was shot in slow motion.

This song is from the movie Jo Jeeta Wohi Sikandar, released in 1991. The melody of this song is pure bliss. It stars Ayesha Jhulka, Pooja Bedi and Aamir Khan in it.

Kuch Na Kaho is a romantic love song from the Hindi film 1942: A Love Story. The great R.D Burman composed the lyrics of this song and the lyrics were written by Javed Akhtar.

Kumar Sanu was the singer of this age-old romantic number. This was touted to be the swan song of R.D Burman as it was released just 3 months before his death in 1994.

This extremely romantic song belonged to the movie Blackmail that had released in 1973. Dharmendra and Rakhee Gulzar were the lead actors of this film. Blackmail is a thriller film made by Vijay Anand.

Shatrughan Sinha and Madan Puri were also there in this underrated film of Vijay Anand, as mentioned by the critics.

This is a rather modern romantic number from the movie Dum Laga Ke Haisha, released in 2015. It stars Bhumi Pednekar and Ayushmaan Khurana. The film is directed by Sharat Katariya.

This romantic love song has the capability of evoking the crazy feeling of love. This number is from the movie Pardes which was released in 1997 and it starred Mahima Chaudhary and Shah Rukh Khan. Kumar Sanu is the lead vocalist of this romantic song.

This is yet another super romantic song that was there in the movie Khamoshi, released in 1996. This movie had Salman Khan and Manisha Koirala in it. Hariharan and Alka Yagnik sang this melodious romantic number and made history.

This song is one more romantic number from the movie Kites that was released in 2010 and it starred Hrithik Roshan and Barbara Mori. This film was an action thriller that was directed by Anurag Basu.

This is the most recent romantic number from the movie Hasse Toh Phasse that was released in 2014. This movie starred Siddharth Malhotra and Parineeti Chopra.

Raabta is one more romantic Hindi number from the 2012 released Bollywood film, Agent Vinod. This song was sung by Arijit Singh and Pritam Chakraborty was the composer of this song. The album came under the label T-Series.

This romantic number was sung by the ghazal expert, late Jagjit Singh. This is said to be one of the most beautifully sung romantic song from the movie Sarfarosh, released in 1999.The movie starred Sonali Bendre and Aamir Khan.

This romantic number is from the latest movie Meri Pyaari Bindu released in 2017. This movie stars Parineeti Chopra and Ayushmann Khurana. Sachin-Jigar is the producer of this song.

This is a yet another romantic love song from the 1976 movie, Kabhie Kabhie. This movie starred Rakhee Gulzar and Amitabh Bachchan in it. Mukesh was the singer of this melody.

This is said to be the most loved song from the film ‘The Train’ that was released in 1970. The movie starred Nanda and Rajesh Khanna.

This is one more extremely romantic song from the movie 1942 A Love Story, a movie released in 1994. This movie starred Manisha Koirala and Anil Kapoor.