Sunshine Dizon was born Margaret Sunshine Cansancio Dizon on 3rd July 1983. She stepped into this world in Quezon City, Philippines. By this, she is currently 38 years old and Filipino by nationality. Similarly, she follows Christianity and her birth sign is Cancer.

Moving on towards her family members, she was born to her father Isagani Bengzon Dizon, and her mother Dorothy Cansancio Dizon. Being the youngest in the family, she has an elder brother named Samuel Dizon, and an elder sister named Isabel Dizon. Her mother, who was a member of the Producers’ Guild of the Philippines at the time and used to make films and TV series, observed her interest in show business when she was a child and would always accompany her to meetings with other producers.

Sunshine Dizon began performing when she was three years old. “Sunshine” was her screen name at the time. “God’s Little Children” was her debut feature film. She has already appeared in films such as Kung Kasalanan Man (1989), Hindi Pa Tapos Ang Laban, and Kahit Butas ng Karayom Papasukin Ko, for which she received her first acting award from FAMAS for Best Child Actress.

She was a regular on Bubble Gang on television. Also. she spent six months with That’s Entertainment. After that, she was signed by VIVA and cast in DATS. She appeared in episodes “Abaniko” (1992), “Palara” (1994), and “Latay” (1995) of the ABS-CBN drama anthology series Maalaala Mo Kaya (1995). 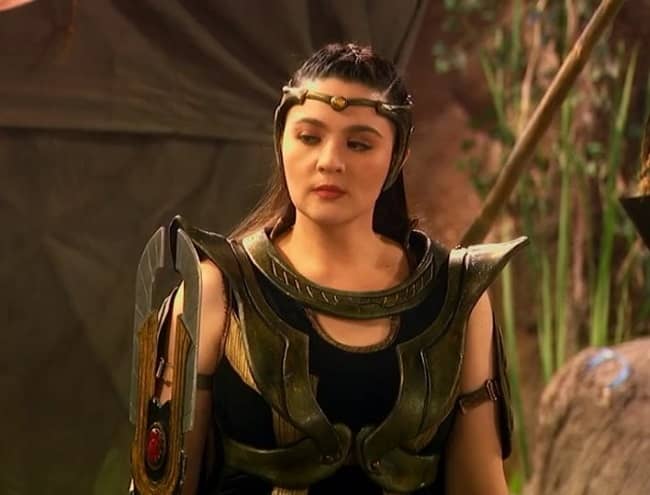 She also got two Best Actress Awards from EXPRESS and Gawad Amerika for her role as Sang’gre Pirena in Encantadia. She starred in the sitcoms Bahay Mo Ba ‘To? and Captain Barbell, as well as in Carlo J. Caparas’ Bakekang, for which she won the PMPC Star Award for Best Actress.

She had a dual part in Impostora and was then featured in La Vendetta for GMA Network, where she was signed as an exclusive contract star. She has been cast in GMA Films’ Dagaw and Sundo, which will premiere in 2009. Moreover, she was featured in the film Obra in 2008. Dizon began recording for All About Eve in 2009.

Moving on, Dizon made a brief return to Philippine television in 2012, co-hosting with Katrina Halili on Regine Velasquez-cooking/talk Alcasid’s show Sarap Diva. Dizon returned to acting in 2013 with Mundo Mo’y Akin, in which she plays Perlita Mendoza. Dizon’s character in Mundo Mo’y Akin has a similar look to her former title role in Bakekang.

In 2016, Dizon made her directorial debut as an in-house television director for 8TriMedia Broadcasting Network’s cable channel 8TriTV on CableLink Channel 7’s weekend programming. Dizon reprised her role as Adhara in the retelling-sequel to Encantadia the following year. This is also her return to the same program but in a new capacity.

However, she quit the production amid the season to star in the program Ika-6 na Utos, in which she portrayed Emma de Jesus, her most personal character. It premiered on December 5, 2016, and has since received extensions based on ratings and viewership. In 2019, she starred in the series Magkaagaw as Laura Ramirez-Santos.

Sunshine Dizon is a member of the upcoming series Marry Me, Marry You, produced by Dreamscape Entertainment and starring Paulo Avelino, Janine Gutierrez, and Jake Ejercito, which premieres on April 30, 2021, despite ABS-legislative CBN’s franchise renewal being denied.

Being a successful Filipino actress, she might have earned a huge amount of wealth. However, she hasn’t shared her annual income and net worth with the media due to privacy media.

Dizon married Timothy Tan, a businessman, in 2010. She had a son named Anton Tan and a daughter named Doreen Tan as a result of this marriage. They divorced after Dizon discovered that her husband was having an affair with another lady after six years of marriage. 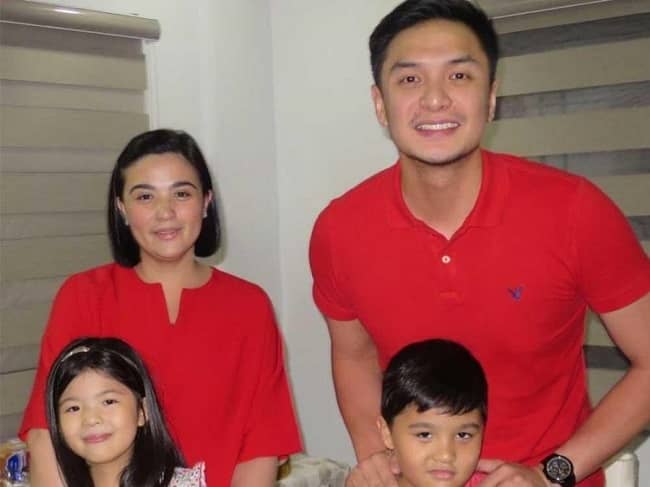 Caption: Sunshine with her ex-husband and children (source: GMA Network)

Regarding her body measurements, she has maintained an hourglass body shape as an actress. She stands tall at a height of 5 feet 6 inches or 1.68 meters and weighs around 58 kg or 127 pounds. Likewise, her actual body measurements (chest-waist-hip) are 36-28-36 inches. In addition, her bra cup size is 32B and her shoe size is 5 (UK). In addition, the actress has black hair with a pair of dark brown eyes. 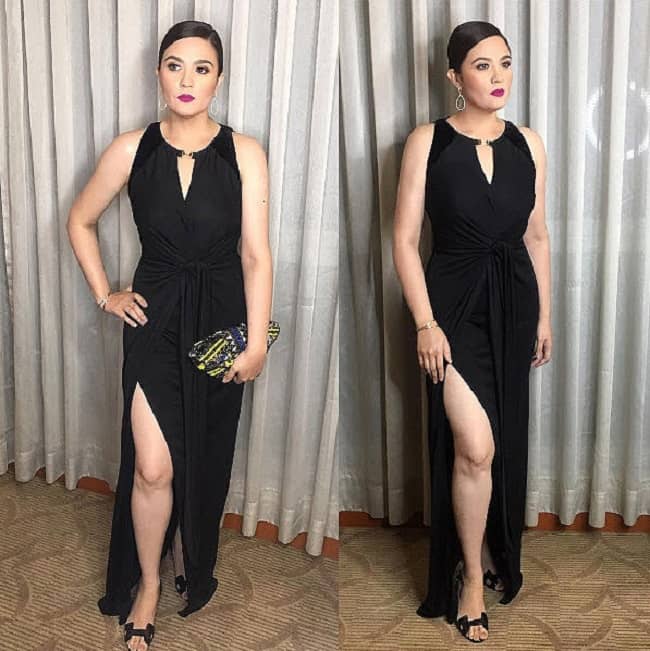