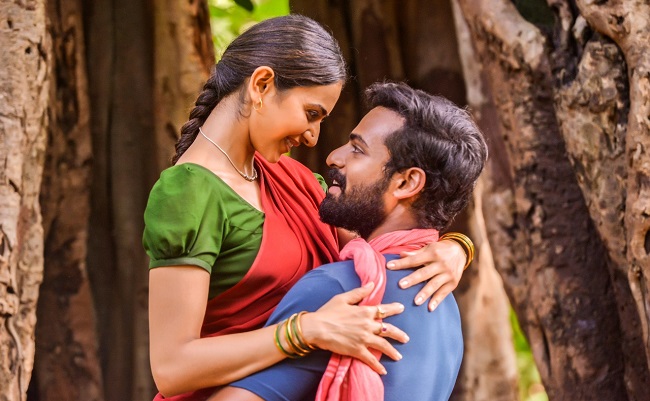 Music is one of the main reasons why Vaishnav Tej’s first movie Upena becomes such a big hit and the young hero is lucky enough to team up with MM Keeravani for his second movie.

From the musical promotions, the makers have deleted the romantic song Obulamma from the film.

Obulamma song pays attention to these elements and shows the delightful bond between the main couple and their adoration for each other.

The tune of MM Keeravani is so addictive that we hear it in a loop to please the music lover in us.

Interestingly, Keeravani wrote the song himself, adding a poetic touch with his choice of words in the Rayalaseema dialect.

The harmonious track allows Satya Yamini and PVNS Rohit to take the song to another level with their soulful vocals.

The choreography is also very appealing as is the cinematography of Gnana Shekar VS.

Kondapolam, a production company of First Frame Entertainments, will be released on October 8.