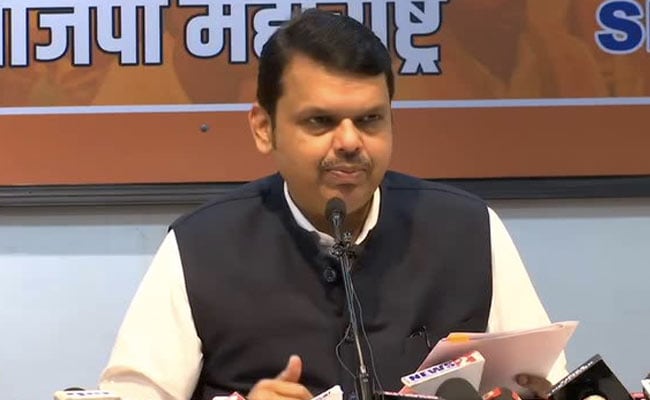 BJP’s Devendra Fadnavis said that he was not aware whether such interaction took place.

Senior BJP leader Devendra Fadnavis on Tuesday said nothing was surprising if Maharashtra Chief Minister Uddhav Thackeray met Prime Minister Narendra Modi separately in Delhi earlier in the day but added that he was not aware whether such interaction took place.

“Though I am not sure whether such one-on-one meeting took place between Maharashtra chief minister Uddhav Thackeray and Prime Minister Narendra Modi, there is nothing to get surprised even if we assume that such a meeting has taken place,” the Leader of Opposition told reporters.

Mr Fadnavis said when he was chief minister of Maharashtra, the PM used to discuss various issues with him separately.

“When I used to meet the prime minister with a delegation, he used to talk with them for 5 to 10 minutes. The PM later used to discuss issues concerning the state with me separately for 15-20 minutes,” he said.

Mr Fadnavis said he cannot speculate on the meeting between the PM and Mr Thackeray, an estranged ally of the BJP, as he had no information about it.

The Shiv Sena, headed by Mr Thackeray, walked out of the National Democratic Alliance (NDA) after it fell out with the BJP over sharing the post of chief minister after the Maharashtra assembly elections threw up a hung verdict in October 2019.

The Sena then joined hands with the NCP and the Congress to form the Maha Vikas Aghadi (MVA) which came to power in November 2019.

“Maharashtra has always been on the agenda of the Union government. The prime minister is always positive towards Maharashtra (and its issues),” Mr Fadnavis said.

“I welcome such a meeting with the prime minister. They help in developing coordination between the Centre and the state. We have always maintained that the state should maintain good relations with Prime Minister Narendra Modi,” he said.

When asked about the meeting of the Mr Thackeray-led delegation with the PM, Mr Fadnavis said, “It is good that the chief minister met the prime minister with a delegation over various issues, as there is a precedent of pointing fingers at the Union government for every problem in Maharashtra”.

Queried about the chances of Mr Thackeray and the PM setting aside their political differences, Mr Fadnavis said, “Politics generally starts few months before the elections and one cannot stop it. On other days, coordination between the state and the Centre helps the state. If a proper role is played at right time, Maharashtra will benefit for sure”.

Commenting on the issue of the Maratha reservation, which was struck down by the Supreme Court, he said, “It would be premature to expect anything concrete out of today’s meeting”.

He said the Bhosale committee report has recommended the state to set up a backward commission and prepare a report. The state has to submit a report and take further action. But, meeting on such issues is also good”.

(Except for the headline, this story has not been edited by NDTV staff and is published from a syndicated feed.)

Fire Breaks Out Near Vaishno Devi Shrine In Jammu