The Apple Watch remains the most popular smart watch on the market, and in the second quarter of 2021, Apple reached another milestone for users, according to Counterpoint Research’s Global Smartwatch Shipments Tracker. 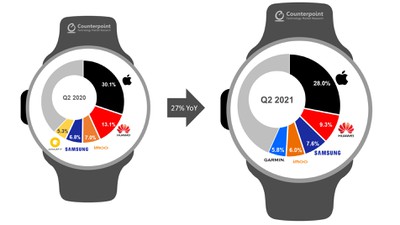 There are now over 100 million active Apple Watch users thanks to the device’s design, health features, and related services. It’s possible that Apple will reach this milestone even earlier than 2021, as Neil Cybart does said in February that, according to his estimates, Apple reached 100 million users in December.

In the second quarter of 2021, worldwide smart watch shipments grew 27 percent and Apple was able to maintain its number one position. Apple’s market share was 28 percent, just under 30 percent in the same quarter of last year, but well ahead of competitors such as Huawei, Samsung and Garmin.

The United States remains Apple’s largest market, accounting for more than half of the Apple Watch user base. 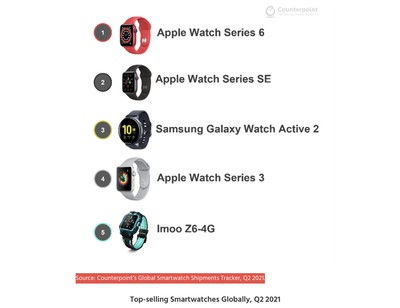 Apple will debut its latest wrist-worn device, the Apple Watch Series 7, in a few weeks. The Series 7 will feature the first redesign we’ve seen in years, with Apple adopting a flat-edged design with a larger screen, and new 41mm and 45mm case sizes.

We expect Apple to introduce the new Apple Watch Series 7 models in addition to the iPhone 13 lineup, and we could hear details about an event date in the next two weeks.