Kyrie Irving is a famous Basketball Player who plays for Cleveland Cavaliers. Kyrie Irving started his professional career as an NBA player in 2011.

Kyrie Irving stepped in to this world on 23rd March 1992 in Melbourne and is currently 29 years old. His real birth name is Kyrie Andrew Irving and his zodiac sign is Aries. He was born into an Afro-American family. He was born to his father is Drederick Irving and his mother is Elizabeth Irving. Further, he has two sisters Asia and London in his family. From a religious point of view, Irving is a Christian. His father Drederick is also a former basketball player so he followed his father’s footsteps to become a basketball player. Irving grew up in West Orange, in New Jersey, the US where he used to watch and cheer for his father’s adult-league games. 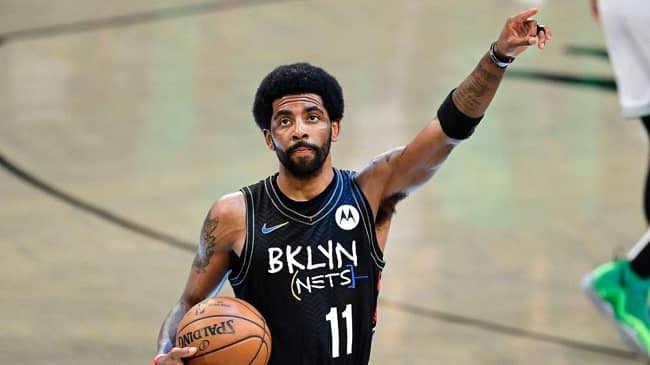 Kyrie started his basketball career from his University Team at Duke University in 2009. At Duke University, he played under the coaching of head coach Mike Krzyzewski. Later in 2011, Cleveland Cavaliers picked him through the 2011 NBA Draft. His skills were stunning which eventually lead him to the 2012 NBA Rookie of the Year Award for the season.

In 2012, Kyrie made the headlines in every American Media as the Australian National team called him for the Olympics 2012. However, he preferred to represent the American national and refused to join the Australian National Team. In the 2012-13 season, Kyrie injured his index finger in a game against the Dallas Mavericks. His injury sidelined him for more than three weeks. Later in the same season, he showed his incredible performance to become the youngest player in the history of the NBA to score 40 points in the Madison Square Grade.

Irving played for the US National Team for the 2014 FIBA Basketball World Cup. He helped his team reach the finals and merged victorious, winning a gold medal. He won the 2014 USA Basketball Male Athlete of the Year. His performance in the 2015-16 season was the most notable season as he helped the team win the 2016 NBA Championship.

In 2016, he represented Team USA at the Summer Olympics and win a gold medal. He is also one of the four members of Team USA to lift both the NBA Championship and an Olympic Gold the same year.

Other than sports, Irving has also made his appearance on a few television. He made a guest appearance in an episode of ‘Kickin’ It’, martial arts-inspired comedy TV series that aired on Disney XD from 2011 to 2015. Moreover, Irving is an actor and director, known for Uncle Drew: Chapter 4 in 2015, Uncle Drew in 2018, and Uncle Drew: Chapter 2 in 2012.

Irving kindled controversy in February 2017 after he stated that the Earth is flat opposing the theory what modern science claims. Later in an interview, he calmly encouraged people to do more research into the topic themselves. 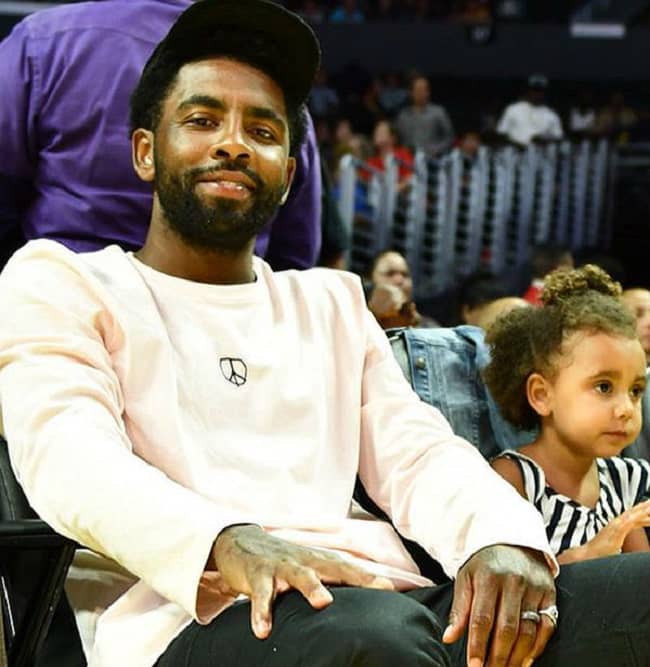 Moving into the relationship status, the basketball superstar was in a relationship with American singer Kehlani. Moreover, he dated Chantel Jeffries for some time.

In addition, Irving has a daughter from his relationship, Azurie Elizabeth Irving. However, he has kept her mother’s name secret from the media.

Talking about body measurement, Kyrie has a pretty well-shaped and well-maintained body. Further, being an Athlete, he is very conscious about his body shape and body weight. Moreover, he has a tall-looking height of around 6 feet and 3 inches which makes him easier to score a basket. likewise, Irving has a bodyweight of around 80 kg.

Kyrie regularly does physical exercise and workouts to maintain his best form on the pitch. Along with exercise, diet and meditation are also the key factors for his brilliant performance in basketball. Moreover, Irving has beautiful black eyes along with black hair.

In addition, Irving has created a pretty handful amount of money from his career. However, the Basketball star has not mentioned his annual income or salary in the media yet. As per the sources, Kyrie has an estimated net worth of around $20 million.