Prostate cancer is the most common cancer in men in the Netherlands. The prostate biopsy is a fundamental stage in the accurate diagnosis of cancer, andTraditionally, transrectal ultrasound (TRUS) biopsies have been the de facto standard practice. However, this method carries a high risk of serious infections, such as sepsis, and may under-sample the anterior part of the prostate or cause inaccurate identification of potential cancer cells.

To address these limitations, an alternative and much safer method is the transperineal (TP) biopsy, which, instead of passing the biopsy needle through the rectum, accesses the prostate through the perineum. However, there have been limitations to this method in the past, as it requires general anesthesia, due to the need for: multiple individual punctures of the perineal skin. This can also cause swelling of the prostate and lead to difficulty urinating and requiring complex equipment. Also, in the past, TP biopsies were usually only available to men at greater risk of infection from certain medical conditions. But now the picture has changed.

In 2018, a new type of TP prostate biopsy was introduced to the NHS using the PrecisionPoint™ Transperineal Access System. This simple, non-invasive technique allows transperineal biopsies to be performed under local anesthesia (LA TP) in an outpatient setting, using two simple skin punctures. This method has been proven to provide a more accurate diagnosis of cancer through superior access to and sampling of the entire prostate. This means that clinicians can better categorize and assess patients most at risk for delayed treatment of their cancer, while reassuring patients who have been diagnosed with a less aggressive cancer that their treatment can be safely delayed without their overall risk. affect health.

The technique for PrecisionPoint is freehand, which means that the clinician is not limited to biopsy sites determined by a grid configuration. The practitioner can therefore freely maneuver the ultrasound probe to align the access needle to confidently target the desired locations in a strategic and parallel direction. This thus allows a complete and systematic biopsy of the entire prostate.

Especially during the pandemic, this device has been critical to the continuation of biopsy services, as it not only minimizes impact on staff, theater space and hospital beds, but also maximizes patient safety. With the increasing backlog of prostate cancer diagnoses and treatment due to Covid-19, as well as ongoing pressure on hospital resources and staff, this alternative method has never been more crucial.

The device has already transformed prostate biopsies at Guy’s and St. Thomas’ NHS Trust, and across the South East London Cancer Alliance, which completely removed TRUS biopsies from the prostate cancer pathway in March 2019. This exit from the transrectal route was called the TRexit Initiative. Other cancer alliances have followed suit, most notably Peninsula; SWAG; Surrey and Sussex; Wessex; The Northern Alliance; Greater Manchester; Merseyside and Cheshire; Eastern England North and South; have reached TRexit or expect to do so by the end of 2021. 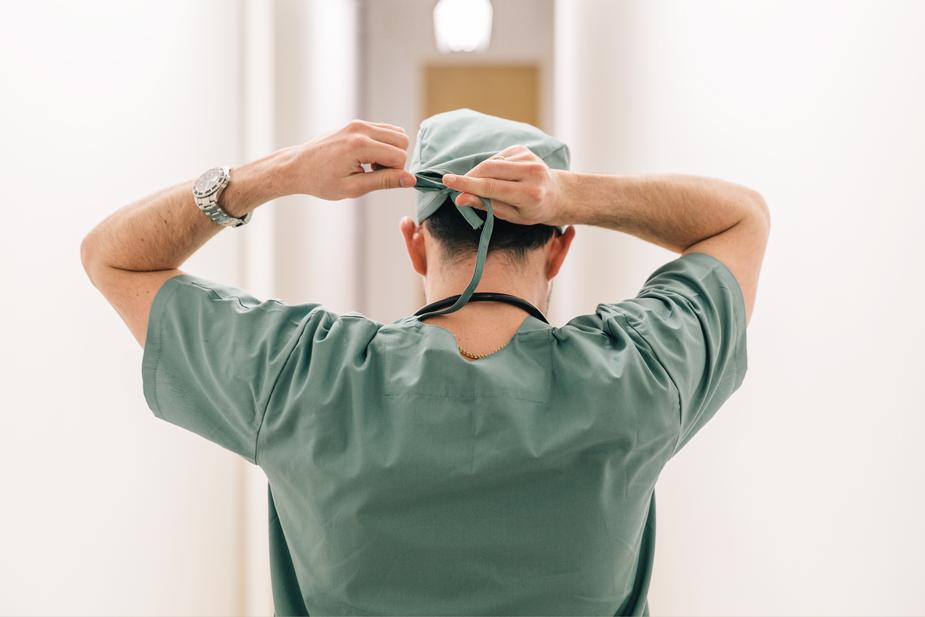 tThe South West of England, for example, has widely adopted PrecisionPoint™, resulting in an overall cancer detection rate of 60.7%, a significantly reduced incidence of sepsis, as well as total theater time and total cost savings between January 2020 and March 2021. Audit data suggest a time savings of 450 hours in the cinema and the potential for significant income and resource benefits compared to the traditional TRUS method, are easily achievable.

This is confirmed by the urology department at Western General Hospital in Edinburgh, which has successfully replaced the prostate cancer biopsy procedure for general anesthesia (GA) with LA TP biopsies with PrecisionPoint™.

Daniel Good, consultant urologic surgeon at Western General Hospital, said of this transition, “I believe we have been able to demonstrate that LA TP with PrecisionPoint has the same accuracy as GA template (grid) prostate biopsies, providing a better patient experience, and has fewer risks, it should be the way forward.”

The cost of improving patient and clinical outcomes

But what are the hurdles that keep more hospitals from making this switch? While some clinicians believe that TRUS should be eliminated as an intervention, the cost of GATP biopsies is one of the major barriers to doing so, as complete replacement would be prohibitive and unfeasible given the level of additional resources, time, and theater lists required. LA TP with the PrecisionPointTM System provides a viable alternative to TRUS biopsies.

TRUS biopsies may seem like an economical way to perform prostate biopsy at first glance, but they come at a cost. One is the cost of controlling infections and sepsis. A recent article estimated that the cost to the NHS for controlling infections caused by TRUS biopsies was over £6.5 million for the 2017-19 period. In addition, since this type of biopsy cannot easily sample the entire prostate, patients may have to return to have another biopsy, which is usually done as a transperineal biopsy under general anaesthetic, ultimately increasing costs due to the use of operating room space. and expensive equipment.

There is currently very little understanding of how much of an impact last year’s delays to elective treatments will have on the NHS and on patient health. It is therefore essential that patients, GPs and specialists act now to prevent the backlog of potential cancer referrals from continuing. It is imperative that the ability to perform safer, better and more accurate biopsies using the PrecisionPoint device is maximized out of a duty of care for both patients and our limited NHS resources.