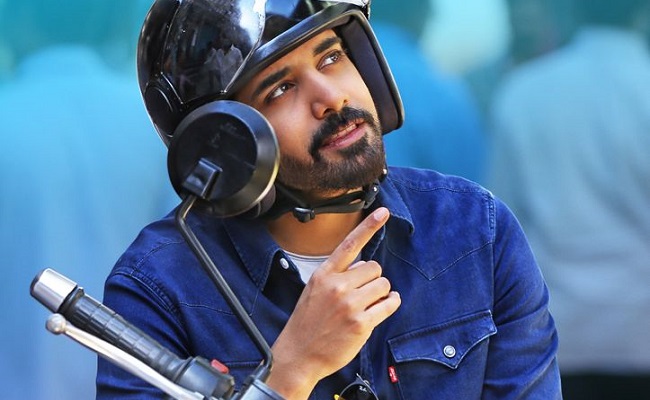 After ‘Chi La Sow’ and ‘Ala Vaikunthapurramloo’ Susanth gained confidence. It was clearly seen in the promos of “Ichata Vahanamulu Niluparadu” which hit theaters today.

Let’s find out its pros and cons.

Arun (Sushanth) loves Meenakshi (Meenakshi Chaudhary), who is an intern at his architectural firm. Her brother is business (Venkat) in Hyderabad city and controls Snehapuri colony.

One day, Meenakshi invites him to their house to pick her up and mistakenly steps into another flat before entering Meenakshi’s house. The fleeting moment of an error of judgment lands him in a murder case.

Susanth did an excellent job. He leaves his mark on the episodes after the break. Meenakshi looks beautiful, but her character is poorly written.

M Sukumar’s camera work is commendable, while Praveen Lakkaraju’s music leaves much to be desired. The production values ​​are quite good.

New director Darshan starts the film with a jerk. As the story progresses slowly, we see too many speed breakers in the narration that make the journey otherwise unbearable.

While many movies falter in the second half, “Ichata Vahanamulu Niluparadu” has a starting problem.

He squirms on the wrong track for nearly an hour. A lot happens in the first hour, but we are not involved. In one scene, the hero’s friend jokes that he stretches a matter that can be told in a minute to an hour. That also applies to the movie.

It starts with Susanth telling his love story to a bike shop manager. Their love trail in their office is stupid and bland. The film only resumes during the intermission. But the basic plot itself has a lot of holes.

Where in Hyderabad, would you find a place where people are not allowed to enter without the permission of the locals? Even in the second half, the unfolding of the mystery smells like handy scenes.

Overall, “Ichata Vahanamulu Niluparadu” has some bearable moments in the second hour, but it tests patience in many pieces. The story idea has some potential, but the story elaboration to fit into a commercial entertainer is the main issue. The weakness in the story development part became the main culprit.