Gary is a South Korean rapper, entrepreneur, songwriter, record producer, and television personality. Gary is even the rapper and lyricist of the former hip hop duo Leessang apart from being a solo artist.

Gary’s birth name is Kang Hee-gun, written in Korean as 강희건 and in Hanja as 姜熙建. Gary (개리) is his stage name and is often spelled as Garie. He is also famous as Kang Gary. He was born on February 24, 1978, and he is currently 43 years old. During middle school, his nickname was “Gae”, which means dog in Korean.

He later adapted this nickname to his stage name, deciding between gaemi (ant) and Gary. There is no information regarding his parents, siblings, and other family details. Talking about his educational journey, he attended Yong In University and also trained as a bodyguard. 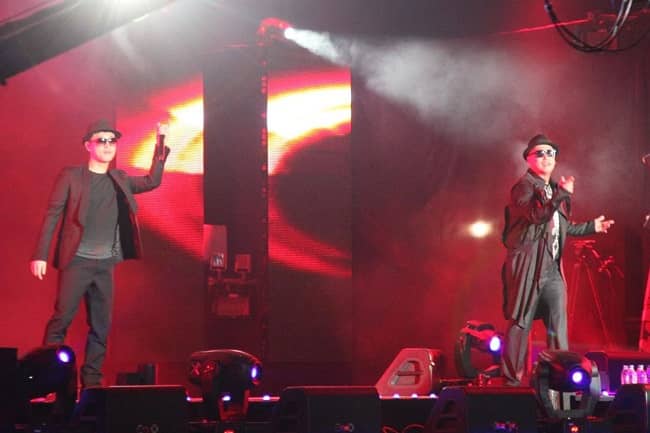 Professionally, Gary is a popular rapper, record producer, songwriter, entrepreneur, and TV personality. At present, he is popular as a solo artist. Besides this, he is also a rapper and lyricist of “Leessang”. It is a former hip-hop duo with him and Gil Seong Joon as its members.

Talking about the beginning of his career, he was actually more interested in dancing than rapping. The rapper has revealed that he participated and won in a dance competition.  Back then, he defeated other competitors including Jang Woo Hyuk and Moon Hee Jun, both the members of H.O.T. He, alongside Wook Hyuk and Hee Jun, were scouted by Lee Soo Man to join SM Entertainment. However, he rejected Lee Soo Man’s offer and went on to join the university. He was also an amateur boxer for 10 years.

Likewise, he was a cast in Running Man from 2010 to 2016. He was one of the original casts of the popular variety show with other actors and entertainers including Yoo Jae-suk, Song Ji Hyo, Lee Kwang Soo, Song Joong-ki, Kim Jong-kook, Haha, and Ji Suk-jin. Running Man gradually helped its casts gain international fame. 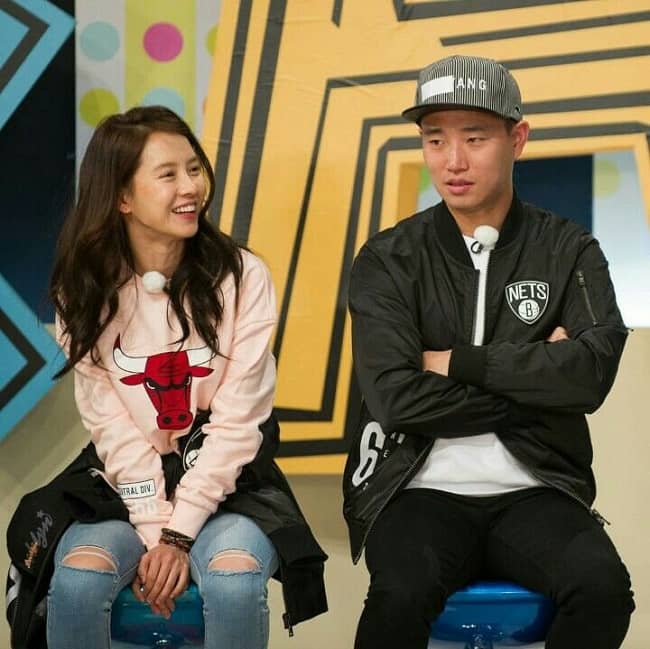 After leaving the show in 2016, Gary appeared as a guest in the show again in 2017. The same year, he also appeared in a Chinese reality show Kang Ceremony. He focused on his singing career after his departure from Running Man.

The rapper later appeared in The Return of Superman in the year 2020. He was a castmate with his son Kang Ha-oh from episodes 315 to 362. The same year, he became a cast member on Law of the Jungle in Zero Point. The other casts of this variety show were Pak Se-ri, Kim Byung-man, Lee Seung Yoon, Yoon Eun Hye, Heo Kyung-hwan, and Ki Do-hoon.

Moreover, he joined the cast of Law of the Jungle in Ulleungdo & Dokdo in 2021. This time, the rapper’s castmates were Kim Byung-man, Go Joon-hee, Chanyeol, Park Mi-sun, and Julien Kang.

Gary has produced a total of eight albums with Leessang. The hip-hop duo also had numerous hits under their belt since their formation in 2002. In the year 2014, the rapper made his solo debut. It was with the mini-album, Mr. Gae.

Furthermore, he is a long-time collaborator with singer Choi Jung-in. The two later formed the duo “Jung In & Gary”. Jung In & Gary released the singles Your Scent and Bicycle. Additionally, he has featured in the works of several renowned artists like Dynamic Duo, Psy, Lee Hyori, Baek Ji-young, and MC Mong. 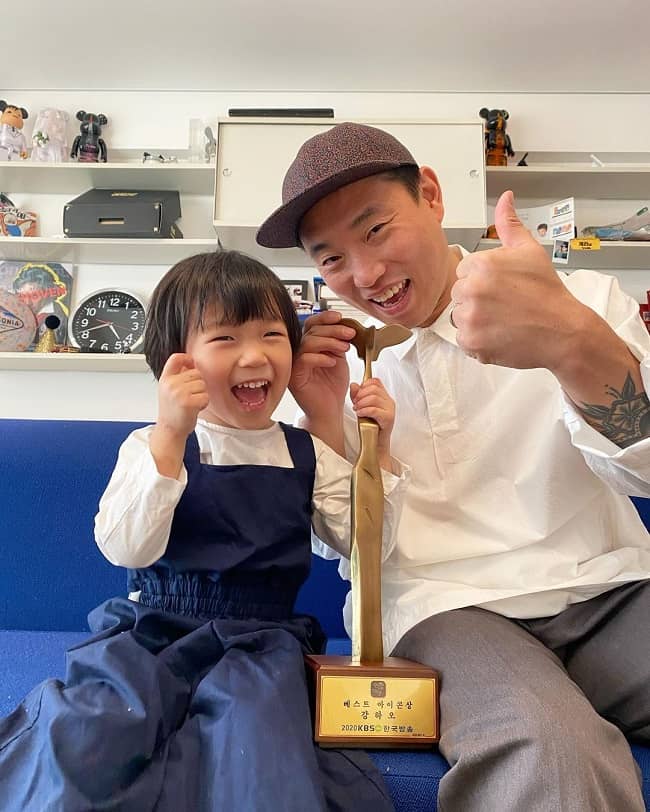 Likewise, Gary has bagged a total of 15 awards throughout his career. He took home his first award in 2002 at the Mnet Music Video Festival. He won the “Hip-Hop Artist of the Year” award at this event. Likewise, he won the “Song of the Month” in 2007 and “Best Collaboration of the Year” in 2009 at the Cyworld Digital Music Awards. Then in the 2009 Mnet Asian Music Awards, he took home the “Hip-Hop Artist of the Year” award. He won all these awards as a part of the duo Leessang.

In 2014, He and Song Ji Hyo won the “Best Kiss” award at the 2nd Annual DramaFever Awards. The same duo bagged the “Top Excellence Award in Variety” at the 9th SBS Entertainment Awards in 2015. He took home the “Entertainment Spirit Award” at the 2014 Youku Night Awards.

Gary is married to a non-celebrity woman and her name is Kim Soo-jin (@hi__seeya). The rapper shared the news about his wedding on April 5, 2017. The couple shares a son with each other. Their son’s name is Kang Ha-oh (@hihaoya) and he was born on November 17, 2017. Unlike other celebrities, this Running Man ex-cast doesn’t shy away from sharing photos of his wife and son. We can find numerous photos featuring his family on his Instagram account. 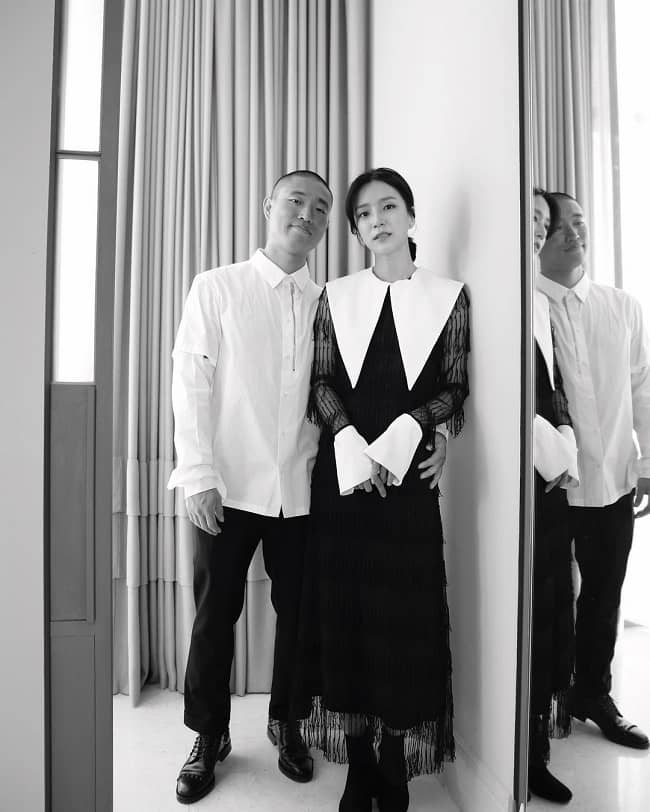 Caption: Gary posing for a photo with his wife Kim Soo-jin. Source: Instagram

Gary stands tall at an approximate height of 5 feet 8 inches or 1.74 meters and his body weight is around 70 kgs or 154 lbs. Likewise, the famous South Korean rapper has dark brown eyes and hair of the same color.

Talking about his social media presence, Gary is available on Instagram under the username @kanggary_yangban. As of April 2021, the rapper has earned over 939k followers on his official account. Other than this, the South Korean rapper doesn’t seem to have an official account on other platforms like Twitter, Tiktok, Facebook, Youtube, Weibo, etc. Moving on, he has a net worth estimation of over $9 million US dollars.