Christian Bale was born on 30 January 1974 and he will turn 48 years old in January 2022. He hails from Haverfordwest, Pembrokeshire, Wales, and his zodiac sign is Aquarius. He has dual citizenship in both UK and USA whereas his ethnicity is English as both his parents are English. Moreover, his full name is Christian Charles Philip Bale.

Talking about his family, his parents are father David Bale and mother Jenny James. His father is an entrepreneur and activist whereas his mother is a circus performer. Likewise, this personality has two elder sisters namely Sharon and Louise. Further, she also has a half-sister named Erin. Erin is his sister from his dad’s 1st marriage.

His parents divorced in the year 1991. Then at the age of 17 years, he and his sister Louise moved with their father to Los Angeles. Ever since then, this personality has lived in LA. His father then married feminist Gloria Steinem in 2000. Sadly, his father passed away in 2003 due to brain lymphoma.

Talking about his extended family, both his grandfathers were popular personalities. One was a stand-up comedian whereas the other was a stand-in for actor John Wayne. His family left Wales when he was only two years old. The family finally settled in Bournemouth, England, after having lived in Portugal and Oxfordshire, England.

Regarding his educational journey, this personality studied at Bournemouth School. However, he left the school at the age of 16 years. As a child, this personality trained in ballet whereas his 1st acting role was at the young age of 8 years. It was in a commercial for the fabric softener “Lenor”.

Further, this personality has also appeared in a Pac-Man cereal commercial. He considered taking acting professionally only after his sister was cast in a West End musical. Later, he participated in school plays. During this time, he also performed alongside Rowan Atkinson in the play The Nerd in the West End in the year 1984. 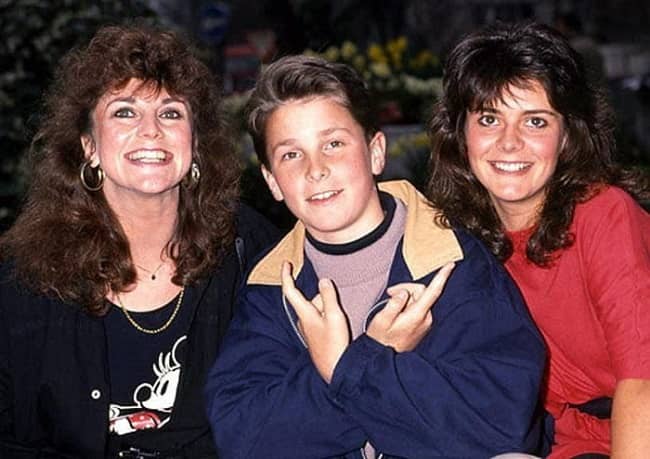 Caption: Christian Bale with his mother and sister in an old photograph. Source: 9GAG

Professionally, Christian Bale is a well-known actor. People recognize him for his versatility and also for his recurring physical transformations for his roles. He has also received numerous awards. Some awards that this actor has bagged include an Academy Award and two Golden Globe Awards. In the year 2011, he was included in Time magazine’s list of the 100 most influential people in the world.

Then in the year 2005, this actor played the role of superhero Batman in Batman Begins. He then reprised this role in the subsequent sequels The Dark Knight in 2008 and The Dark Knight Rises in 2012.

In the following year, i.e. 2006, he worked on the period drama The Prestige. Then in 2009, he appeared in Terminator Salvation and Public Enemies. Likewise, in 2014, he starred in Exodus: Gods and Kings and The Promise in 2016. 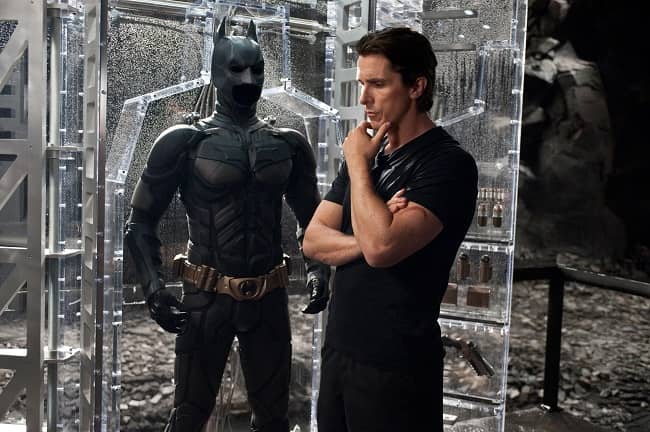 During the promotion of The Flowers of War in December 2011, he and a crew from the CNN TV network attempted to visit Chen Guangcheng. Chen is a confined blind barefoot lawyer. They attempted to meet Chen in a village in eastern China. However, the authorities forced the actor to retreat after scuffling with guards at a checkpoint.

Finally, the actor had the chance to meet Chen at a dinner held by the nonprofit Human Rights First in the following year. During this dinner, the actor presented Chen with an award. Moreover, the actor also voiced Chen’s story in Amnesty International’s podcast namely In Their Own Words. 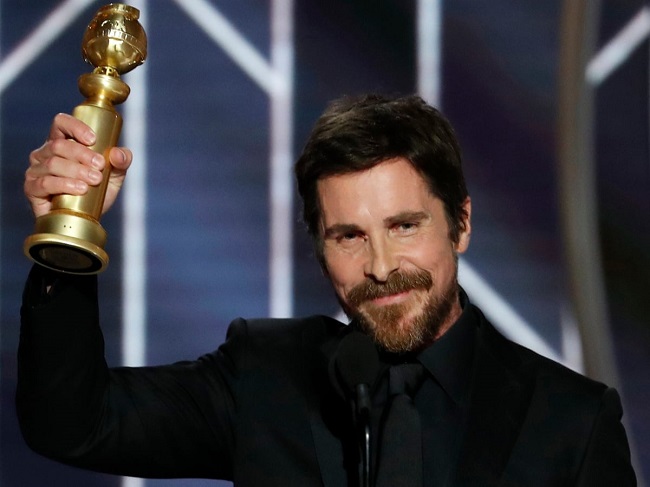 Christian Bale is a happily married man and his wife is Sandra “Sibi” Blažić. His wife is a former model and the couple tied the knot in Las Vegas on 29 January 2000. Together, the lovely couple has two children namely Joseph and Emmeline Luka Bale.

Moreover, the actor was a vegetarian since the young age of 7 years. However, he was in and out of vegetarianism as of 2009. At a young age, he stopped eating red meat after reading the children’s book Charlotte’s Web. This actor is also an animal rights activist. As such, the actor supports the organizations like Greenpeace, the Doris Day Animal League, the World Wide Fund for Nature, the Dian Fossey Gorilla Fund International, and Redwings Horse Sanctuary.

Likewise, the actor was arrested in London on 22 July 2008. This happened after his mother as well as sister Sharon reported the police for an alleged assault at a hotel. The authorities released him on bail. However, the actor denied the allegations. He also called this incident a deeply personal matter. 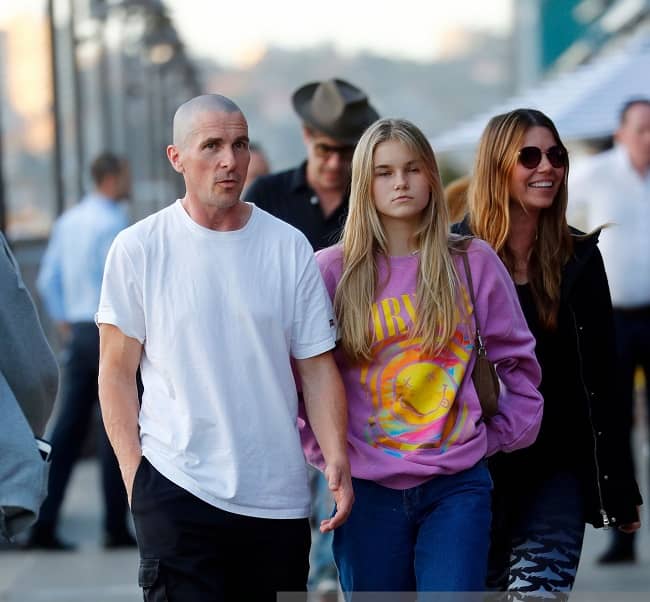 Caption: Christian Bale strolling around China Doll in Woolloomooloo, Sydney, New South Wales, in May 2021, with his daughter and wife. Source: Getty